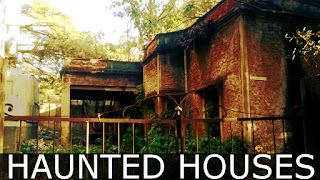 Every neighborhood has a haunted house, here we bring to you top 10 creepiest, scariest, and most scream-inducing mega-haunted houses across India. If you're easily spooked, stop reading; there's still time to save yourself! But if you're a fan of haunted horrors, gruesome ghouls, and murderous mysteries, you've come to the right place. 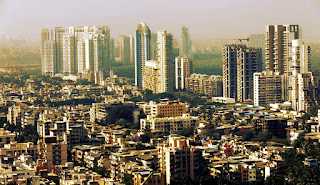 2nd floor of a multi storey building in Jogeshwari is supposed to be haunted by the spirit of an Air Hostess who was gruesomely murdered. After the death of this Air Hostess, company allocated the flat to another Air Hostess. Since then, there have been sightings of a weeping woman on the terrace and around the building. The sobbing lady points out towards the flat and says that she is unable to go home as someone else stays there. 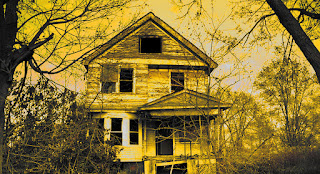 This house is haunted by the spirit of a student who committed suicide some years back. People who have reported their encounter with this spirit, have different versions on the boy's appearance. 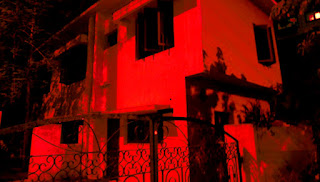 In 2002, decomposed bodies of a 56-year-old woman Jayaprada and her two daughters were found inside the house. They were suspected to have committed suicide. Neither the neighbors knew about the suicide nor any relatives inquired about them. The bodies were recovered three months after their death. The inhabitants of the house were not normal people. They would light candles at midnight and walk around the house. The mother would wield an axe and scare away people. They even hung bottles filled with blood on their veranda. 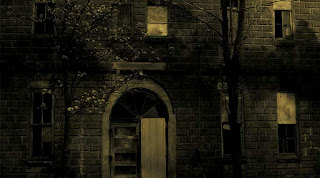 There is a haunted house, which is located right next to the Garden Beer Bar and opposite to the water office. This spooky and eerie place is said to be unoccupied by humans for ages due to several stories attached to it. If you want to get an haunted experience then this place is a GO sign for u. 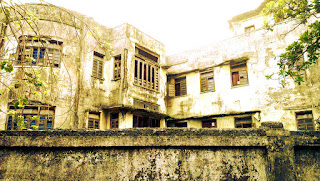 A ground floor apartment is said to be haunted by some kind of spirit. According to locals, it is the soul of a man who was brutally murdered in the bathroom. The spirit haunts people and people who stay here have reported severe mental trauma and illness. 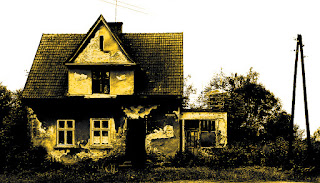 This place is truly haunted. It is said that the owner’s daughter committed suicide some years ago and her spirit haunts this place. People have reported seeing the doors and windows of this place being suddenly shut and opened on several occasions. 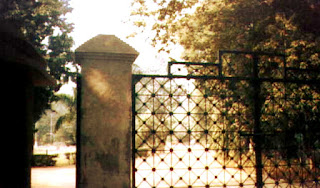 Although not well known, this place in Uttar Pradesh has been reported as a haunted place. On a number of occasions, four guys have been seen sitting inside a house with a single candle lighted. It happens to be the most common sight for people passing through that area. Some of them also said that they have even seen girls in red dress coming out of the house. The house is double-storeyed and people have seen the boys sitting on the roof-top. As per the locals people have stopped going to that place now. 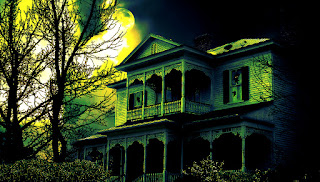 This story is about two  brothers, who had a dispute on how the ancestral property will be divided amongst them. The two brothers entered into a violent exchange, which resulted in one of the brother’s death. It has been since rumoured that the estate never saw peace. 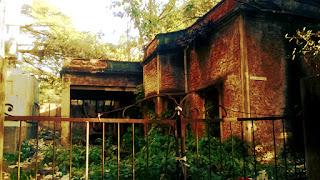 (some of the sources have informed that this mansion was demolished back in February 2014).
This house belonged to two Anglo-Indian sisters, Vera Vaz(80) and her younger sister Dolce Vaz(75) who was murdered in this house in front of her sister by an unknown assailant, it is said that she was buried in the same house which now stands deserted as nobody wants to live there or buy that property. Many people have claimed to be witness of paranormal activities around this place, incidents like sounds of piano played during night and other such unexplained noises can be heard. 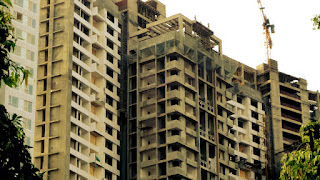 It is said that long ago a man committed suicide in one of the buildings in Vrindavan Society. Security guards who patrol this area have encountered strange things and happenings since then. They have been slapped hard on their face when alone and have been spooked by ghostly whispers during their patrol at night.

Popular posts from this blog

September 15, 2016
It is a state in northern India. Its city of Agra is home to the iconic Taj Mahal monument, a colossal, domed, white-marble mausoleum. Nearby are the red-brick walls of Agra Fort, a fortified palace dating to the 16th and 17th centuries. Capital Lucknow has Muslim memorial shrines Bara Imambara and calligraphy-adorned Chota Imambara. Here we present to you a list of top 10 haunted places in Uttar Pradesh.  1) GP block - Meerut  On a number of occasions, four guys have been spotted sitting inside a house with a single candle lighted. It happens to be the most common sight for people passing through that area. Some of them also said that they have even seen girls in red dress coming out of the house. The house is double-storeyed and people have seen the boys sitting on the roof-top. As per the locals, now people have stopped going near that place.  2) Sikandara Bagh, Lucknow  It was a place where conflicts between Indian freedom fighters and Britishers
13 comments
Read more

January 02, 2016
Thane is also known as 'the city of lakes' as there are around 30 beautiful lakes. The name Thane comes from corruption of its ancient name Shri Sthanak in Maharashtri Prakrit language, its earlier name based on a temple of Ganesha. Following is a list of top 10 haunted places in Thane.
12 comments
Read more